I have concluded that I am totally allergic to exercise- it actually makes me want to vomit.

So my friend asked me to join her at spin class tonight and like a tool/fool I said “yes, sure, what’s the worst thing that could happen?”

Apparently the worst thing that could happen was not within the realms of my imagination!!

I thought yesterday’s work out was torture but today was even worse.

Like a smart person, I took a few pain killers before I saw the gym, because you know, abs!!
Apparently this wasn’t enough to deal with the torture that was about to begin.

As a child, I wanted to be a spy. I still think about it every time I watch an espionage movie. I wouldn’t break under torture, under the threat of being killed, or limbs being removed. I would NEVER give up government secrets under any circumstances…….until they put me on a spin bike!!! Under those circumstances, I would tell them anything they wanted to know.

The instructor was a lovely friendly lady who appeared to have had too many Xanax pills as there is no way someone is naturally that perky (unless they were allowed to wake up in a room full of puppies).

She spoke us through all the necessaries of the bike. This is where I started to zone out. I knew how to use a bike dammit. I used to cycle the streets of Brooklyn and Manhattan without needing a manual, I got this spinning shit. How wrong I was.

Apparently I didn’t even know the most basic principle of bike riding-how to sit down on the bike!!!

No matter how I sat down, waves of pain shot up my ass. What the f*$k??? I couldn’t even sit on the bike??? This was gonna be a problem.
Turns out I have a very delicate bottom…. Like a peach🍑.

The next hour took us on a journey through the French Alps, Sweden and Germany as we were supposed to imagine ourselves having super awesome journeys on our bikes through these amazing places. Sadly, All I could think about were clouds. My bum sitting on lovely soft clouds instead of the wedge of pain between my ass!!!

I tried to do the only thing I could think of to reduce the pain, alternating between left bum cheek and right bum cheek. This worked for a while till both “cheeks” decided to protest this ridiculous treatment and just clenched and refused to work anymore.

Drastic times mean drastic measures. I took off my t-shirt and sat on it!!! That stupid piece of crap tshirt only seemed to make things worse so I asked my partner in crime for her towel…. To sit on. Even though we were cycling in the dark (or just pretending in my case) I could still see the weird look Jess gave me when I requested an ass towel. She legit thinks I am nuts now! 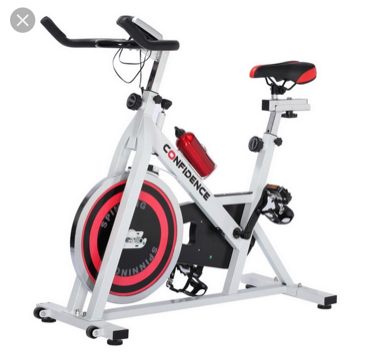